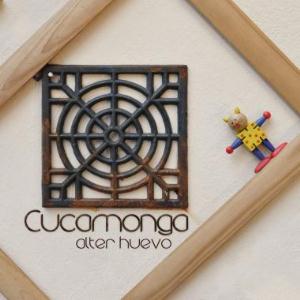 The debut album from this Argentine band, released through AltRock Records in Italy. Not much is known about this band though.

As per usual with AltRock releases, this album is quite an eclectic album. In this case, a pretty surprising album too. This is a fusion album. No, not as in the musicstyle fusion. I mean as a fusion between fusion and RIO/avant-garde. The first ten minutes alludes to this being a straight jazz/fusion album and the listener settles into a false security. Then, the album takes a sharp left turn and we get treated to some Aranis like RIO.

That is my main impression of this album. Confusion. It feels like two bands is competing for the name Cucamonga. A fusion and a RIO band. But it is the same band and the same setup. The band just likes to play havoc with the listeners of this album. Sadists, they are. Or just musicians. Hard to know the difference in the case of this band. The music is performed with woodwinds, guitars, bass, drums and some samples. Mostly human voice samples.

The result is an album which make the listener.... well, listen to the album just to make sure it does not loose out on anything. I just wish the quality would had been a lot better than what we get here. The material is good though.

Alter Huevo is a slightly frustrating album. It is a good album though and I hope the band will release some more albums. They are clearly on an adventure.