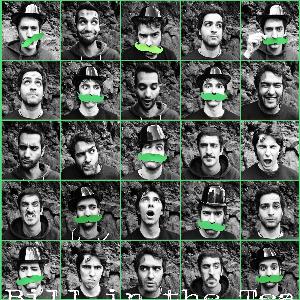 The debut EP from this Italian band. A band from Sicily, no less. They are here to give you an offer you cannot refuse. This is a free EP, in other words.

The indie rock like name betrays a sound which indeed is indie rock. The music is a mix of indie rock, a bit jazz and a large chunk of Italian progressive rock. The more pastoral part of the Italian scene, though.

The music is mainly performed with keyboards, guitars, drums and bass. That and some vocals. The band knows what they are doing, no doubts. The EP is full of small intricate details. The songs are not really that impressive. But this twenty two minutes long EP tends to grow on the listener and gets it's own life within the parameters of the listener's memory bank.

Instead of spelling out the songs in big letters, the songs is more hinting and whispering the songs. There are nuances in the songs which reminds me a lot about post rock. The song structures is in the post rock mould with no clear defined melody lines. There is no grand standing here.

Even after some listening sessions over two weeks, I am not entirely convinced about the quality at all. It is somewhere between decent to good in my estimation. This band has a lot of potential though and I hope they get the chance to follow it up with another release.