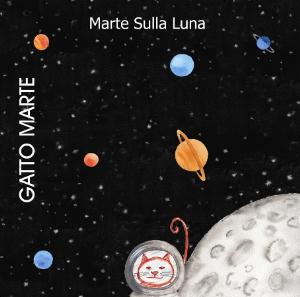 This band comes from Italy and is listed in the RIO/Avant Garde genre in most websites. I really liked their debut album Danae from 1997 and reviewed it last month. I have not heard any other albums though. After listening to this album, I am not sure if I could be bothered either.

Where Danae had nerve and a lot of bite, Marte Sulla Luna falls short in that respect. It is a RIO-light album with violin, piano, electric guitars (!!!), bass and drums. It is still instrumental. But the RIO and chamber orchestra element is watered out and the band has moved to more accessible, almost shopping mall cafeteria type of music.

The result is a lack of good tunes and a lack of what makes chamber rock so great. The electric guitars is also very annoying. It feels like it has been plastered on the music from the outside and does not feel integrated at all. It does not feel natural at all. Any good stuff is being harpooned and sunk by these guitars.

The end result is a decent album which could had been a lot more than that.