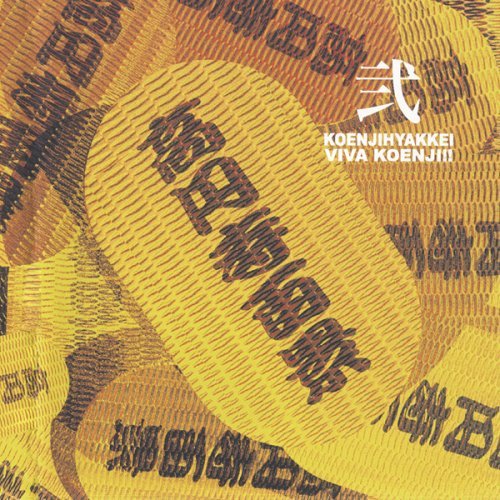 To say that this band's music is an attack on the listener's senses is an understatement. Koenjihyakkei continues their war against the listeners on this, their second album.

Koenjihyakkei operates within the zeuhl genre. Their music is not so much stringent zeuhl formula based as the likes of Magma. Koenjihyakkei has expanded their music into other territories too. None of their music is easy listening, though. The music is still zeuhl and very extreme. Elements from screamo, eastern music, hard core, death metal, jazz and opera has been implemented on this album. The result is a big flower bouquet with various flowers and smells.

The music is dominated by the opera female vocals. They are supported by male vocals, guitars, keyboards, drums and bass. All this delivered in very intimidating, menacing manner.

There is no really brilliant songs here as the opener Loss from their debut album. But there is no really dull moment either. The songs on this album is much more solid than the songs on the debut album. The amount of small interesting details is staggering. This is great music in my estimation and I am firmly in the Koenjihyakkei end of the zeuhl genre. This is progressive music in my estimation. Much more than the type of music which passes as prog rock these days. Check out a Koenjihyakkei album today.