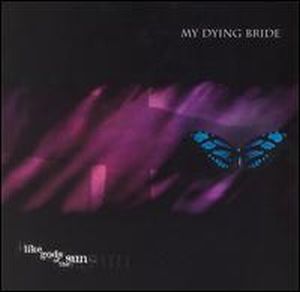 Their fourth album and their first without growl vocals.

Like Gods of the Sun is also a break with their past as a death/doom metal band. Like Gods of the Sun is much more a progressive goth metal album. Violins and choirs has taken over from their previous harsh sound. Most of the songs are not that epic though and half of this album is pretty substandard and fillers. The first four songs Like Gods of the Sun, The Dark Caress, Grace Unhearing and A Kiss to Remember is great songs, though. The rest of this album is substandard. It is also a forewarning of the pretty dreary follow up album 34.788%...Complete which pretty much turned their fans against them without getting them any new fans.

Like Gods of the Sun is a bit of a transitional album where the band was heading for a disaster. In itself, this is a good album.