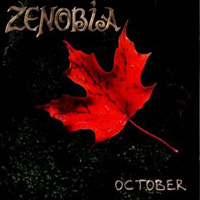 The debut album from this German band. The first of two albums in total.

I leaned back and waited for a krautrock attack. It did not arrive. Instead, Zenobia went down the neo prog route. Neo prog with pretty long songs played with keyboards, guitars, bass, drums and English vocals. The English vocals has a notable German accent. But that is not a minus in my book.

Despite of long songs, the music is not particular symphonic. I would rather say the music is more elegant in a pop music meaning of the word. There is hardly any hard songs here. The music is also dominated by the vocals too. The music is elegant and pretty dated too. It is 1990s music.

That said, this is a good seventy minutes long album. The songs are good to very good. The music is pretty generic though. This is a melodic neo prog album which will appeal a great deal to those into pop rock too.
It is still a good album.