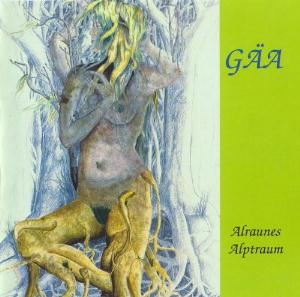 Their first album Auf Der Bahn Zum Uranus from the previous year was a very good krautrock album and one the band could build on. Which they duly did.

The music on Alraunes Alptraum is a mix of German pop rock and some instrumental rock. The sound is pretty bad on my copy where the vocals is pretty well hidden in the back of the mix. The guitars and the keyboards are more in the forefront. The German vocals is not bad though. Drums and bass completes their lineup.

The music is, to say at least, pretty dull throughout this forty minutes long album. There is no good songs and no bite other than slightly pointless noodling around in the instrumentals. There is no denying that this is a rather dull, weak album. It is a turkey and nothing more than that.