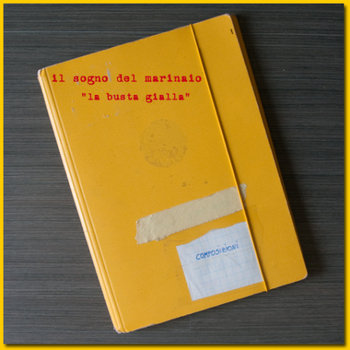 As far as I know, this is the debut album from this Italian band.

Il Sogno Del Marinaio is a band who likes to mix things. Which they have done here. The music is firmly in the eclectic music area with some references to Area. This album is a forty minutes long journey through various music styles. From Big Block 454 like avant-garde to Caribeen like music to post rock, jazz and eclectic prog.

La Busta Gialla is a bewildering listen to a large extent where the music never sits still and creates an unity. The only unity here is chaos. Most of the music is instrumental, produced with a bewildering variety of instruments.

The end result is a too fragmented album which sounds like seven different albums instead of one album. It is a decent album which is streamed from the link below and can also be purchased from that link.