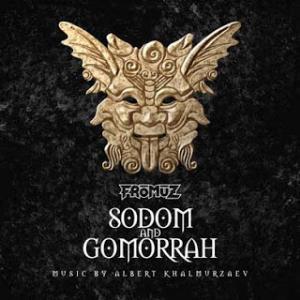 The fourth album from this Uzbek band and another album I have found difficult writing anything about.

Fromuz continues in the same genre as they have always released their albums in. Instrumental rock which implement a lot of genres and influences. From symphonic prog to fusion, neo prog, eclectic prog, funk rock and prog metal. The guitars and keyboards are central here. A lot of guitar and keyboards solos is what we get here on this fifty minutes long concept album about these two cities God terminated as a reaction against sins and disobedience. A concept album with only sparse vocals.

The album is divided into fourteen tracks. Each of them with interesting titles not reflected in the music. It is incredible difficult to make great albums in the instrumental prog genre. Very few has managed to do this and Fromuz is not one of these bands.

The music here is good and also has some great melody lines too. It also has it's fair share of not so interesting music too. The law of the average says a good album. An album which is not a grower in my view and has lost at least half a point after repeated spins in my CD player. What this band needs is great tracks. No less and no more. Keep on trying, guys.