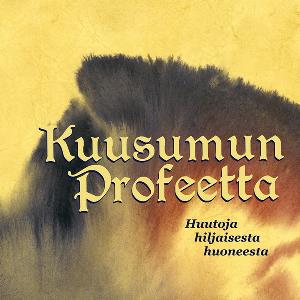 The sixth studio album from this Finnish band who makes albums with impossible long album titles.... in Finnish. I would not even try to pronounce this album title. Eccentric, this band are.

Eccentric is their music too. It is clearly progressive rock of some sort. Progressive rock with a very strong Finnish and Russian flavour. That is not only because of the Finnish vocals. The music has this Scandinavian - Russian melancholy. Melancholy from the vast forests up in the north.

The music is created with guitars, keyboards, bass, drums and some woodwinds. That and some good Finnish male vocals.

The music is melancholic and pretty mid-tempo too with a couple of ballads and some up-tempo tracks too. I detect a lot of post rock influences in their music too. A bit Icelandic post rock, that is. There is also some pretty theatrical stuff here in the Ange mould. Yes, that is Ange from France. That and some Balkan prog.

The end result is an album and a band with their own style as far as I am aware of. A bit weird band and eccentric. Ditto for this fifty minutes long album too. It is a good album which should make the listener stop up and take note. It is a bit too weird for me. It is still recommended though.