Twenty Four Hours - Before and After the Boundary (2008) 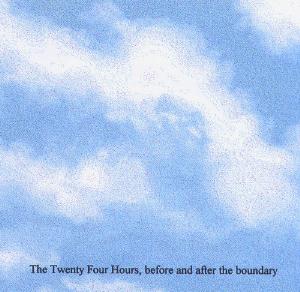 Well, it is not really their fifth album. This is a ninety minutes long collection of demos and oddities recorded before they released their debut album The Smell Of The Rainy Air back in 1991.

The music is a mix of everything from ballsy hard rock to indie rock, space rock and prog rock. The sound quality varies widely too. The music is generally speaking pretty poor throughout. I am not a big fan of this band. They have released some decent albums and that is it. This compilation album is a turkey though. A free turkey from the link below. Check it out yourself.