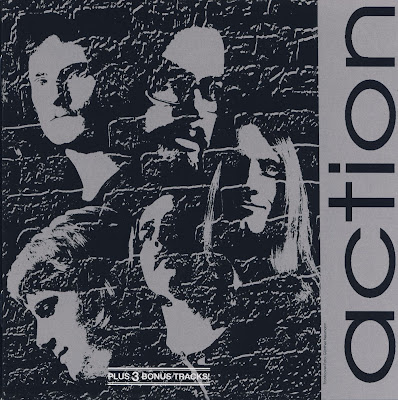 I don't know much about this German band, but I believe this is the only album they ever released. I got the Garden Of Delights re-release from 2009 with bonus tracks.

We are in the krautrock scene again. Krautrock in a pretty loosely sense of this label. The music is somewhere between Deep Purple, Uriah Heep and Eloy. The sound is pretty good throughout with a notable lack of sound quality on the bonus tracks.

The pretty good Miscarriage Of Human Thinking suite takes up the first twenty minutes of this album and that piece of music is a mix of Eloy and Deep Purple. The music is created with Hammond organs, guitars, bass, drums and English vocals. The Hammond organs is pretty impressive and this suite has some good ideas.

The two other original album tracks is also both long and has some good ideas. The bonus tracks is best forgotten. That makes this album a seventy minutes long album with it's fair share of both good and dire stuff.
The law of average makes this a decent album. One maybe worth checking out.