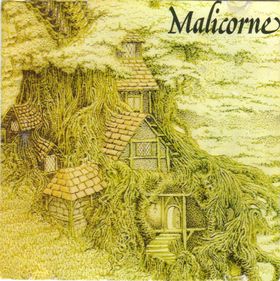 The third album from this French folk rock band.

For some reasons I don't know, their third album was named Malicorne 2. Maybe that was due to some issues with their record label. Who knows. The result is anyway a forty-two minutes long album.

Folk rock can mean a lot of different things. In this case; it means a mostly male French vocals dominated album helped out by strings like mandolin, cello, bass, violin, guitars and other strings. That and some supporting female vocals too, woodwinds, percussions and keyboards.

The quality is good throughout. This is very much a fascinating album in many ways despite of the lack of any great tracks here. It has a great deal of style and poise. The angelic female vocals are great. It is very much an album and a band well worth checking out because of their originality and style.