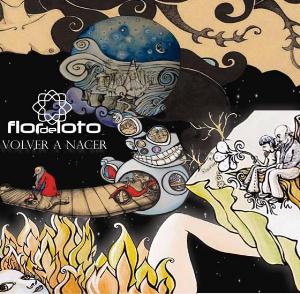 A compilation album with re-recorded and reworked songs from their first three albums. A sort of a best of album. I thought nobody released best of albums any longer.

Flor De Loto is a mix of a folk rock and folk metal band. Mostly folk metal band. Folk metal is pretty high on my pet hate list. I cannot stand this mocked up genre at all. This genre is for lager louts and people who drink too much. It can only be enjoyed in muddy fields and with a blurry vision and hearing. Close to being in a coma, this genre is OK. But only then.

Flor De Loto is kind enough to include a lot of South American folk music influences in their music. That is the only saving grace here. And their adaptation of the South American folk music is very good. I just wished they had dumped the metal stuff altogether. They are at times pretty similar to Iron Maiden here too. A bit more like Thin Lizzy would had been better.

This is a good album though and the first port of call for those interested in this band. I don't think the new versions of these songs is better than the old ones. The old ones were more folk rock than folk metal. But check out this album.