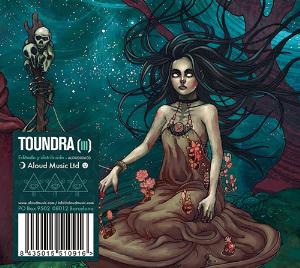 The band was a quartet on this album with a lineup of guitars, bass and drums.

I was not really that impressed by their debut album and the follow up album. Those albums were a bit too dull post metal/rock for my liking.

Post rock/metal is a bit of an acquired taste. And I like a good slab of post rock and post metal. When it is properly done, that is. That means music with a lot of feel and emotions.

This is something Toundra has been trying to achieve on their albums. But they failed a bit on their first two albums. Albums too one-dimentional for my liking.

So I went to this album without any great hope. And I got a bit of a surprise.

The pastoral bits has become a lot more colourful and not so predictable. The contrasts between the two pieces of extremes has become bigger and wider.

The melodies has also become better and the band feels a lot better on their instruments too. This is still a shoegazing band and they have got their own style. But with a lot of added quality I did not find on their first two albums.

Hence, this is a good album, bordering to a very good album. Hence my rating.