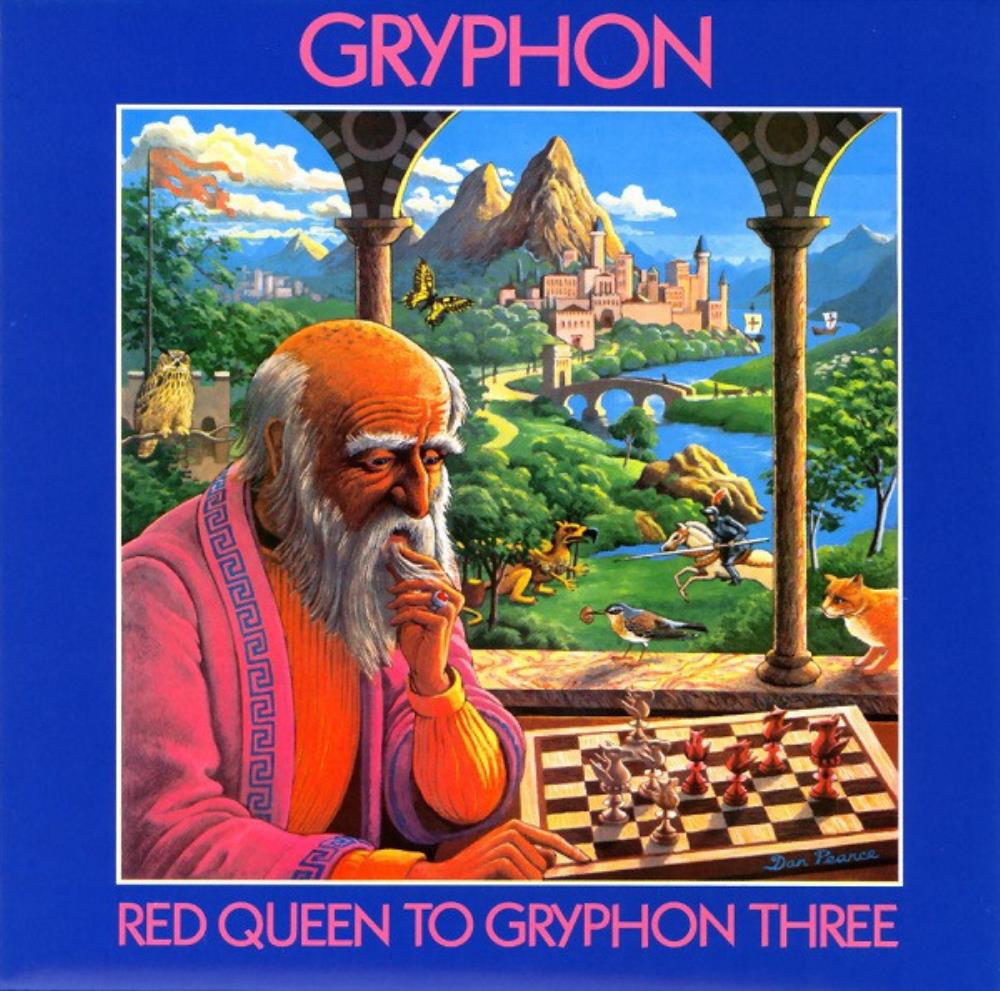 The band was a five piece band on this album with a lineup of flutes, bassoon, keyboards, crumhorn, tympani, guitars, bass, percussion and drums. Two xtra musicians supplied organ and acoustic bass.

The cover art-work must be one of the most iconic art-works in progressive and folk rock. I have always wondered what was hiding behind this art-work. An art-work I really love.

I have got an inkling by listening to and reviewing Gryphon's first two albums. Two albums I still have to admit is growing on me. And I mean that in a positive meaning.

I am starting to get a lot of love for this band. A band still doing gigs. I guess I am turning into a fan.

This forty minutes long album does not make me any less happy about Gryphon. On the contrary !!!

The band has taken the best things, without copying any music, from the first two albums and fused that into four pieces of music on this album. Four pieces of medieval baroque folk rock which glides into each other with elegance and poise.

The flutes is great here where it plays against the crumhorn and bassoon. The melodies are all great.