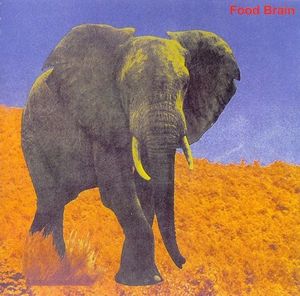 The band was a five piece band with a lineup of clarinet, drums, bass, keyboards, organ, percussions and guitars.

From what I gather, this band was put together by Polydor in Japan to get this label a local progressive rock act they could promote and sell to the Japanese youth. Remember, the world was so much bigger in 1970 than today, in 2016. Travelling between Japan and Europe was not that easy. Getting albums from Europe was not easy either. Remember this when reading my reviews and this review. The world has really deflated over the last 50 years. Our world is now a village. Thankfully !

So the Japanese youth got this band and album. A one of album as the band was not that coherent. And neither is this album. An album which was pretty big back then and influenced a lot of people, as Polydor indeed had intended. But these days, this album is regarded at the enfant terrible among Japanese prog and psych albums.

Not without good reasons.

This is a some sort of a psych album with some progressive rock influences and a lot of krautrock influences. There is also a lot of avant-garde on this album. Even some Deep Purple heavy rock.

This album is forty minutes long and it ends with some meaningless pling-plong avant-garde doodling. Up to then, we have been entertained by music who does not sit well together. It is a mish mash album who gave the Japanese youth a glimpse into the future of music. And let us remember this album for that.