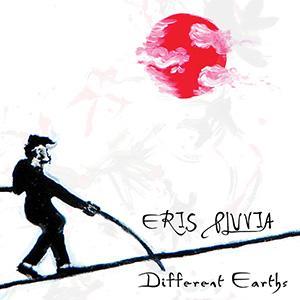 Eris Pluvia is a quartet with a lineup of flute, bass, drums, piano, keyboards, percussions and English vocals.

I was prett impressed with their 1991 debut album Rings Of Earthly Light but not so impressed by the 2010 follow up album Third Eye Light.

The band is following up with a similar type album again. That means mainly neo-prog. Understated neo-prog with a strong emphasis on the good melody.

The band is not overly technical although the music is well within the progressive rock genre. The music is very understated and a bit pastoral throughout.

The music is not within the Italian progressive rock (RPI) formula. I cannot remember any RPI bands with their sound. Maybe with the exception of good old Eneide.

The music is very elegant though with a very tasteful use of keyboards, guitars, flutes and piano. The vocals too is very tasteful and elegant. Classy is the slang-word I would use. Laidback is another word I feel is fitting.

The overall quality of the songs on this forty-eight minutes long album are actually good. Almost very good at times.

The end result is a good, classy album which will find a lot of favour with RPI and neo-prog fans. I am happy about it, indeed.