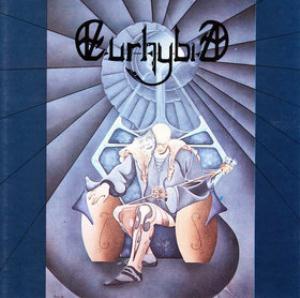 The one and only album from this very obscure French band.

The band was a five piece band with a lineup of guitars, bass, drums, keyboards and English vocals.

The band came, released this album and then disappeared. Nothing is known about the band members. But I am sure a Facebook search may find the individual members. But do they want to be reminded about this album ? Leave them in peace.

The album was produced by Francis Deschamps from Ange and released on a very obscure French label. It was later re-released by Musea and I believe it is now available to be enjoyed at Youtube.

The band played neo-prog. Pretty much classic neo-prog with a lot of symphonic prog included. References are IQ and Pallas.

The sound is surprisingly good and not so mired in the awful 1980s and the 1990s. This album has survived the test of time.

The songs are pretty long and well crafted. Not to mentioned, well composed. There is a slight French twang and accent in the English vocals. But the vocals are still good.

The keyboards and the guitars works well together on these slightly long songs. The album is three quarters of an hour long and offers some really good neo-prog.

The end result is a good album which really deserves a lot more attention. Check it out as you may find it as enjoyable as I did. And I am not a big neo-prog fan.