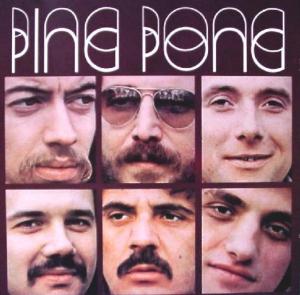 The band was a sextet here with a lineup of guitars, saxophone, clarinet, keyboards, bass, drums and Italian vocals.

Their 1971 debut album About Time was a pretty dismal album and I approached this album with some dread.

The band had moved on from About Time. Their new stuff was a mix of Italian pop, Italian progressive rock, some hard rock and some fusion and jazz.

From the more fusion stuff to very commercial ballads. Ballads they could have taken to the melody festival in San Remo. Maybe they did that too.

The fusion stuff is pretty good and the prog stuff not too bad.

There is some good stuff here. The problem with this thirty-five minutes long album is that the band is trying to suit everyone. That and the lack of the quality here.

This album is miles better than the disaster About Time really was. But it is still not good enough in my humble opinion. I can understand why the band gave up after this album. Not enough talent and not enough to justify any 3rd album.