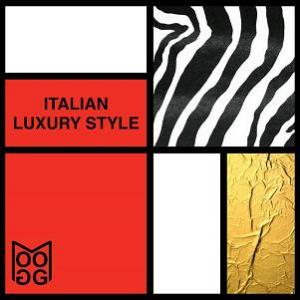 Moogg is a quartet with a lineup of percussions, drums, bass, guitars and keyboards. There are some wordless vocals too on this album. But not much.

I very much liked their 2011 debut album Le Ore I Giorni Gli Anni. A very good crossover between symph, eclectic and fusion. So I was looking forward to this album.....

5 years is a long time. Things may happen during these years. Hence some change of direction.

Gone is the eclectic and symphonic prog. What remains is a bit fusion...

A bit fusion and a lot of jazz.

The album starts in the more fusion and Canterbury style prog. That before it heads into jazz land. Pretty much hardcore jazz, too. There is some Soft Machine here. Actually, quite a lot of Soft Machine. And there is a lot of D.F.A too.

The difference between Moogg and the likes of Soft Machine is the lack of woodwinds. Instead, the guitars and keyboards does the main work.

There is a lot of guitars here and there are some references to Mahavishnu Orchestra here.

What this almost one hour long album is sorely lacking is some quality stuff. This is a good album. But it falls a bit flat on it's face due to having no real great stuff. I still rate this album as a good album. I am still left wanting a lot more. Next album, perhaps ?