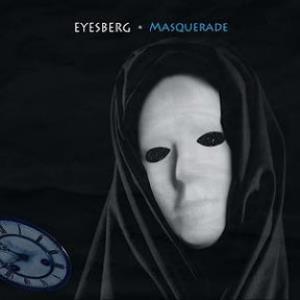 The band is a trio with a lineup of synths, bass, guitars and English vocals. Jimmy Keegan from Spock's Beard plays all drums.

The band is listed in ProgArchives as a neo-prog band and that is totally correct. My own review of their 2014 debut album Blue also alludes to that.

The band is not a teenage sensation. They may have been that when they started out 30 years ago. But the band pictures of them today shows up some happy men in their mid-50s. Which is a good age for a prog rocker.

There are more than one strong references to Genesis on this fifty-two minutes long album. But the sound is contemporary and is made in 2015-16. The sound is indeed very good.

The synths and the guitars are working very well together on the many instrumental parts here. The vocals is also very good. The bass and drums is doing their bits.

There is no real great tracks here. That is a shame. But this is a good album throughout and Eyesberg takes their place among other good German neo-prog bands. A very good scene indeed and this album is not a disgrace to this scene. Fans of neo-prog will like this album more than I do.