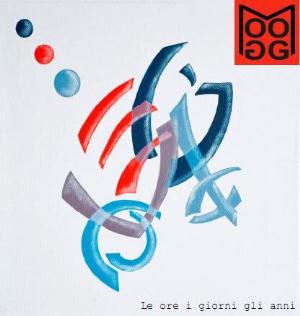 The band is a quartet with a lineup of Mellotron, synths, electric piano, percussions, bass, drums, guitars and Italian vocals.

I became aware of this band some years ago after my friends in the scene were praising this band as one of the new hopes in the Italian progressive rock (RPI) scene. One of the many great hopes in the scene now as this scene is as healthy as a grand national winning horse. As I like most things Italian...

The opening minutes of this album takes me back to the first Caravan albums. To songs like Golf Girl. Very very elegant and it does not fail to make me grin like a happy cat. Which I essentially am.

Yes, the first song is the title track and the track I was referring to above.

The album then takes of in another direction. We are still hovering around the Canterbury scene. We are in the now sadly departed Italian band D.F.A territory.

This album's DNA profile is a mix of Caravan like whimsical jazzy rock to the more fusion in the vein of DFA.

The sound is very good and so goes for the music which is really hitting the right notes. My only small gripe is the lack of a killer track. But fans of RPI and Canterbury prog should find a lot to be very happy about on this one hour long album. I am very happy about this album and band.