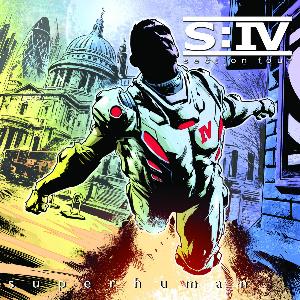 The band is a five piece band with a lineup of keyboards, guitars, bass, drums and vocals.

And there is even a lot of bands who makes progressive rock which really appeals to the masses. Muse springs to mind. So does Dream Theater and some bands from the 1970s.

Section IV's brand of progressive rock is a mix of prog metal and neo-prog. That on this seventy-one minutes long album.

You get soaring guitars on the top of soaring songs. Some of them are also long. That means ten minutes plus. Other songs are rather more punchy and short. There are even power ballads here.

You may have detected that I am rather negative to this band and album. Well, I wish the band well. But bands who still do power ballads is not really my cup of tea. I thought we were well past this abnomality. But this album has proved me wrong...... twice.

My main gripe is the lack of any really good songs. This album is not a turkey. There are a couple of good things here. But this album never rises above decent. If this is your game, you are welcome to it.