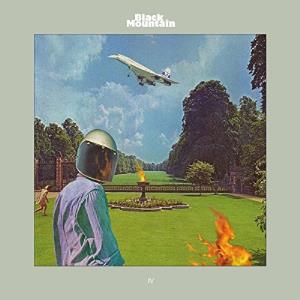 The band does not consider their movie soundtrack Year Zero as an official album. But I did that in my review of that album. So as far as I am concerned, IV is their fifth album. It seems like ProgArchives agrees with me.

Black Mountain is a five piece band on this album. The lineup is bass, drums, keyboards, drums and vocals. The main vocals is Ms. Amber Webber's very good vocals. There are also some sporadic male vocals here too.

The music is both melodic and pretty eclectic too. This one hour long album is very youthful with some gloomy and uplifting moods.

The vocals are good and the instruments are also good. There is not much to dislike here. The only thing I may dislike is that I am not 20 years younger so I can share the sentiments of this album ! But even an old grumpy man like myself finds a lot to like here.

My only gripe is the lack of one or two signature tracks. A track or a melody which lifts this album above their peers. There is none. Nevertheless, I have duly noted down the name of this band and will follow them with great interest.

This is a good album with a lot to offer. Check it out !