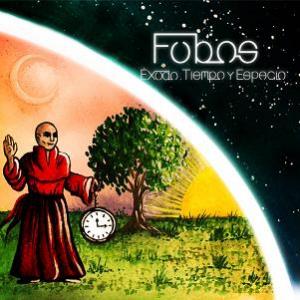 The second band from this Argentine band.

Fobos is a trio with a lineup of synths, organ, keyboards, mellotron, guitars, bass, drums and Spanish vocals. Yes, they do speak Spanish in Argentina.

I reviewed their 2014 self-titled album and rated it somewhere between decent and good. I also stated this album and band showed a lot of promise.

After a short and not so interesting intro, the band returns to business again. Argentina has a very great history when it comes to progressive rock bands. Mostly within symphonic prog. This history goes back to the 1970s. And this geographic very large country also have a great scene today.

Fobos follows in this great tradition. Their sound and music is very much in the traditional Argentine symphonic prog vein. That means Genesis blended with Argentine pop, some ELP and some Argentine folk music. All this with Spanish vocals and a lot of vocal harmonies.

The result is a mellow, pastoral symphonic prog album.

It is also a fifty-five minutes long album which shows that I was actually right in my review of their debut album when I said this band had a lot of potential. A potential partially unlocked here. I still think this band can do better than this.

This is still a very good album and a highly recommended one. Check it out.