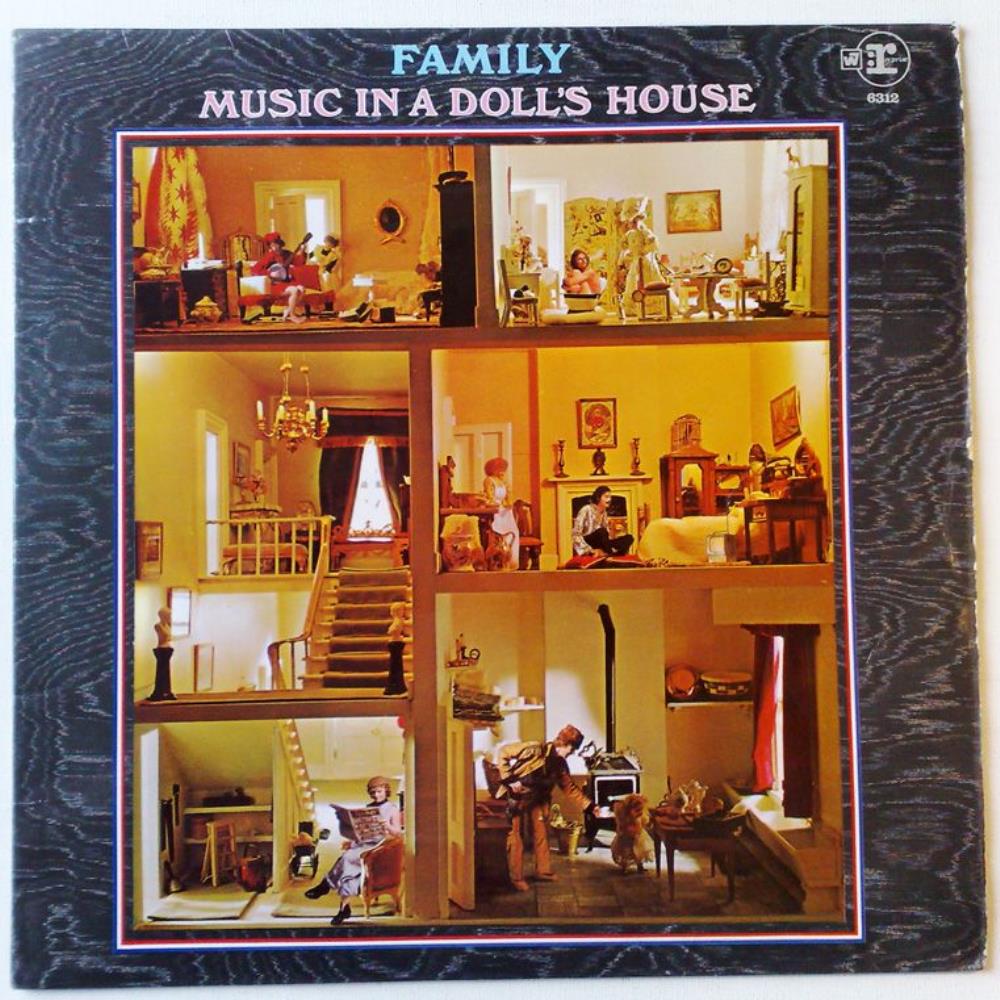 I first heard about Family three decades ago in a book about a Norwegian band called Prudence. They had blown Family of the stage at the Roskilde festival forty-five years ago. That did not really made me interested in Family.... But sheer curiosity and a nice price made me purchase their first two albums a while ago. I am driven by curiosity. Hence this purchase and this blog. All the 3000 reviews.

The band was a five piece band with a lineup of strings, woodwinds, bass, drums, guitars, mellotron, keyboards and vocals. Family was also Roger Chapman's band. He was a great vocalist in both Family and for Mike Oldfield. He is in fact regarded as a living legend.

Music In A Doll's House is a thirty-seven minutes long album which gives us a mix of the late 1960s. From The Beatles rock and pop to jazz and blues. All this with a progressive streak.

Some parts of this album is very standard pop/rock in the vein of The Beatles. The opening songs, for example. Then the album goes into a blues and then an almost avant-garde album full of strange ideas.

I have to admit that this album really impresses me a lot. In particular Roger Chapman's vocals which is something special. But most of the music here is good to very good. And it is one of the better albums from 1968. And it is underrated. It has not survived the test of time that well. It is still a good album, bordering to being a very good album.

It sometimes pays to be curious.