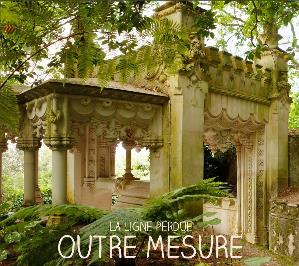 Outre Mesure is a five piece band with a lineup of guitars, bass, drums, flugelhorn, trumpet, flute and tenor sax.

Their 2009 debut album Abacadae was compared to the works of the avant-garde band Henry Cow. Which is not bad as Henry Cow is still a very much missed band.

La Ligne Perdue is a jazz album. It is also very much an avant-garde and chamber jazz album. The woodwinds is very much alive here with flugelhorn and trumpets really blazing off at full pelt.

The guitars are also very interesting here. Ditto for the drums and the bass.

The whole album has this chamber jazz feel. It is an intimate experience, this album. It is an album where less is more. Where less is enough.

I have to admit it has taken me a looooooong time to get comfortable with this fifty minutes long album. Comfortable enough to write and submit a review and an opinion.

The end result is a good album which is a bit of a mouthful for me. But which I can recommend.