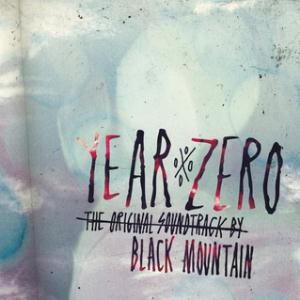 Or commune as they prefer to call themselves, according to ProgArchives. Which makes me believe this band/commune has at least one foot in the hippies/drop out scene.

It seems like this is a five piece band with a lineup of guitars, bass, drums, synths and vocals. Both male and female vocals.

The music is at times very hippie and psychedelic. Most of all, this fifty minutes long album comes a cross as a mix of post-rock, space rock and krautrock. Those three genres has been mixed together and the result is this album.... and perhaps their other albums too. I only got this one and their new one so I don't know.

Hippies and flower power anno this cynical day and age is as good label. The post-rock and space rock genres provides the music with a stronge bass and guitar wall. Krautrock supplies the melodies.

This album has this modern feel while looking backwards. There is a lot of ebbs and flows in this music. A lot of moods and ambience inbetween the rather crass space and post-rock.

The result is a bit of an uneven album where some parts is really great and other parts is merely decent to good. The opening tracks is really something to behold where the interchanges between beasts and beauties is very good.

The end result is a good album and another band I am keeping an eye out for. I am really looking forward to listen to and reviewing their new album too. But Year Zero is a good album in it's own right.