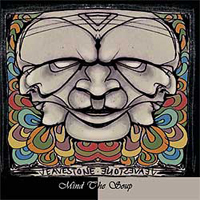 Jeavestone is a five piece band with a lineup of guitars, flutes, keyboards, drums, bass and English vocals.

Rightly listed as Eclectic Prog in ProgArchives, this almost forty minutes long album offers up a lot of......... stuff and influences.

Despite of being modern, the roots here lies in the music of The Beatles, Gentle Giant, Rush and various folk rock bands.

The guitars are driving and strong. The organs chunky big. The bass is always hovering around and the vocals is pretty Finnish with a heavy accented English.

Although the music is pretty good, what is missing is a great or even a good song. There is none. That is my major gripe with their debut album. An album which showcases a band with a lot of promises. But that promise has not been unleashed on this album.