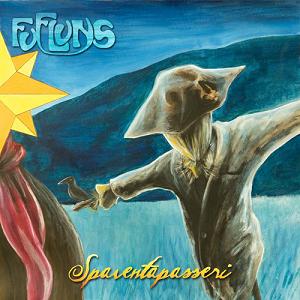 This may be their debut album. But the band is some sort of a supergroup with members from Daal, Prowlers, Il Bacio Delle Medusa, Tillion and La Bocca Delle Verita. The band is a five man band with a lineup of guitars, keyboards, minimoog, mellotron, bass, mandolin, drums and Italian vocals.

And yes, Alfio Costa does the tangents. The core of the bands is him and his bandmates from Prowlers.

The music has to be Rock Progressive Italiano (RPI) with these members and it is. But with a twist...

The music is clearly symphonic prog, the Italian way. But the album starts in an almost folk rock vein. A bit pastoral folk rock in the Italian vein. A pretty strong start with some good songs.

There are also some symphonic prog instrumental pieces on this album where the musicians can stretch their legs and musical prowesses.

There is a lot of interesting details scattered around this album. An hour long album which will please fans of modern RPI.

My gripe with this album is the lack of one or more great tracks. There is none here and that is a pity. I am not sure if Fufluns is a one off band or a more permanent band. But there is enough here to wish for more of the same...