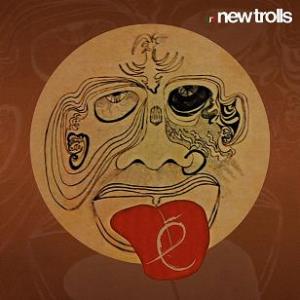 The twentieth album from this Italian band.

From their early start in the 1960s, New Trolls has splintered and fractured into many different bands and factions. I have given up trying to get on the top of their family tree. I gave up long time ago. But here is the twentieth album under the New Trolls name. Or UT New Trolls as this version of New Trolls is now called. I have no idea why....

Gianni Belleno and Maurizio Salvi is the members from New Trolls here. They have got help from five other musicians.

New Trolls has been involved with a lot of music genres. From proper symphonic prog to Italian pop music. Add some fusion too and lounge music too. Not to mention; Italian folk music.

And this album very much showcases the wide variety of music New Trolls has been involved with. This album has every genres above. It feels like a compilation album.

I am not sure what the concept behind this album is. It sounds like one and each of the members of New Trolls has got their own song and own space here. New Trolls does not sounds like a band here. They sounds more like total confusion.

This album is not too bad. But it is not an album I will ever play again. It is not an album which brings much credit to the New Trolls name and brand. I don't think I will get another album from this band.