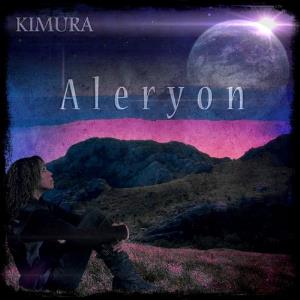 Kimura has obviously heard a lot on bands like Touchstones and Mostly Autumn. Not to mention the rest of the female fronted prog rock bands in England. It is in this scene we find this band. This despite of their nationality. They have also added a lot of those celtic elements which made the Kompendium album from last year such a great album.

In addition to the good female vocals, there are also some good male vocals here. The vocals is sometimes delivered as duets. There area also a very strong Irish sound here. Irish sound as in The Corrs. The music is also rich of guitars and keyboards.

The end result is both a good and very sweet album which appeal to the masses and will make Mostly Autumn fans rejoice until Mostly Autumn release a new album. The music on Aleryon is not particular original or even great. Caroline Varlet delivers her English vocals with a noticeable French accent. That is the only thing that differentiate this album from the English albums in this genre.

Despite of being overly sweet and commercial, I find this a good album which a like. I will keep an eye on this band. I hope they ditch the Irish sound next time and switch their attention to their homeland France. There should be enough in France they can use instead of just copying the English bands. But this is still a good album.