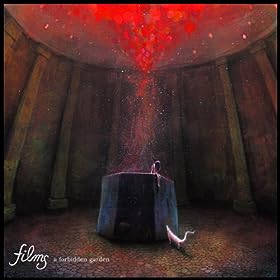 The second album from this rather mysterious Japanese band. A band with two female vocalists.

The band name gives some info about the music here. Ethereal female vocals based music who sometimes also sounds like a movie soundtrack. The pretty dominant instrument here is viola. Piano also plays a big part in the sound. The vocals though is what I would remember them for.

The music here can be compared a lot with both Kate Bush and Kari Rueslaatten. It is obvious that Kate Bush has been a big influence here. Films sparely use keyboards and electronica. Their sound is very organic and very somber.

It is a pity that there is no real great tracks here. Films has done everything else to perfection here. The songs are a bit too dull and more based on setting a mood rather than being based on good melody lines. That is my major gripe with this album. The rest is excellent and I would suggest that you check them out. This is a very good album.