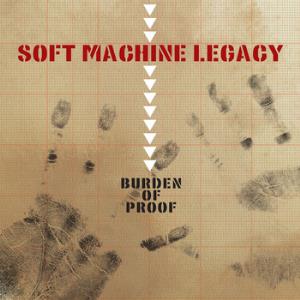 I am in danger of being a bit too critical in this review of their third studio album.

Soft Machine Legacy is as the tin says; a band who has taken up the legacy of Soft Machine. Most members here has played in Soft Machine too. This is no ordinary tribute band. But a tribute, they still are. Which is a good thing.

Their versions of old Soft Machine tracks are good too. It is performed by Theo Travis, John Etheridge, Roy Babbington and John Marshall. The band gives new life to old songs. They make their own 2013 versions. My big favorite here is Kings & Queens which is simply brilliant. It stands head and shoulders above the rest of the songs here.

This is a good album for Soft Machine fans. It is not adding anything of any interest to the rest of the scene. But good on the band and MoonJune for releasing this album. I am still preferring the original Soft Machine albums though as I feel the Legacy is missing the whole intensity the original band had. This "devil may care" attitude. Hence, I am still buying their live albums. Soft Machine Legacy and their music is too laid back and too pedestrian for my liking.