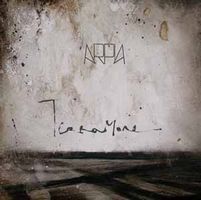 I quite liked their first album Liberazione from 1995. They played a mix of neo and prog metal back then. They have not changed a lot, eleven years later. They have added a female vocalist to the mix and they have become a lot more prog metal though. That and some infused art rock. The vocals are still in Italian.

The second song Rosa starts well and the first two minutes on that song is the best piece of music on this album. It is actually a very good song. The rest of the album is a mix of theatrical art rock and prog metal. So theatrical that the vocals is pretty dominating on most songs. The sound is very much temporary and very good.

The end result is a good album who I have to admit is not my cup of tea. They kind of reminds me about Flotsam & Jetsam's Quatro album. I award this a weak three pointer.