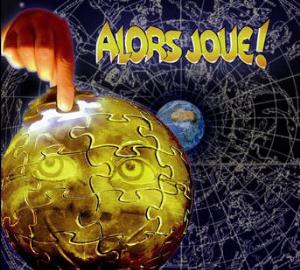 The second album from this Francis Decamps fronted band. A band which is his solo project. It is a proper band too.

Francis Decamps is the main man in the legendary French band Ange. The Eiffel tower of French prog, it has been claimed. Well, perhaps Magma is the Louvre museum of the French scene. Magma and Ange is the best bands to ever come out of France. Both bands are alive and well. I am not sure where Gens De La Lune fits into these things, though.

The band sounds like good old Ange on this album (and their first album too). A blend of early Genesis and Jacques Brel in other words. Very theatrical at times. Francis Decamps vocals dominates the sound. They are helped by a great amount of keyboards and guitars. The sound is orchestral and very much like a return to the 1970s. Just like any Italian prog rock albums these days. No complaints here from me.

This album starts with the two best songs. The title track is theatrical, very Genesis and simply superb. Je te Laisse is another superb song too. The album nosedives a bit after the opening two salvos. But the album never becomes irrelevant or even boring. I am a big fan of this sound and the music Francis Decamps does here and in Ange. Hence my rating. This is a great, great album.