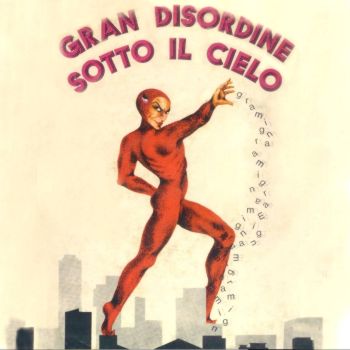 One of the many one albums wonders Italian bands. A band nobody knows much about. They define the term "obscure".

We are still deep into Italian prog here. Though, this band from Northern Italy has taken a lot of their style and sound from the Canterbury, chamber rock, RIO and theater music scenes. What made me purchase this album was the references to one of my alltime favourite bands; Picchio Dal Pozzo. There are some references here to that band. They are rather faint, though. Henry Cow and Arti E Mestieri is much more relevant references.

The band uses female vocals, a lot of woodwinds, violin and acoustic guitars in their sound. This gives their sound a chamber rock feel. It also gives the band a bit folk pop sound. Their sound is light and flowery. It is also very elegant at times. I would not really lump them into this RIO genre as I see other blogs are doing. This band's sound and music is far too commercial and light to be compared to the likes of Univers Zero and Aranis.

The songs are on average good. There is no great songs here. The sound too is good. The problem with this album and the band is that they were not enough commercial to appeal to the mass market and too light to really appeal to the more avant-garde market. This album falls through the cracks and it will perhaps not get any significant audience. I will probably not remember it either in some weeks time. It is still a good album.