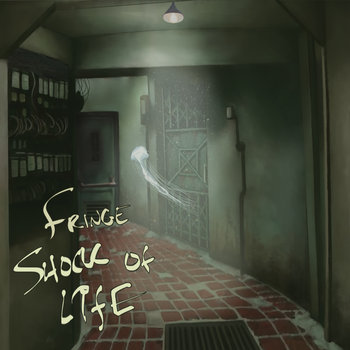 The debut album from this Edmonton, Canada based band. A "name your price" Bandcamp album.

We are deep into prog metal land again. Fates Warning and Dream Theater. No matter how the band is trying to sell  themselves; this is prog metal. Prog metal with some djent and indie rock influences though. Their admiration for Dream Theater sometimes breaks into clean cut copying of their sound. It is like hearing Dream Theater at times. The band tries to include some nu-metal, indie rock and djent to develop their sound and that is a good idea.

I quite like this album. The band has tonnes of ambitions and they are able to fulfil them too on this album. In  the field of prog metal; Fringe is among the new talents. The final track is a thirteen minutes long track on an album which clocks in at sixty-four minutes. Check out this good album.