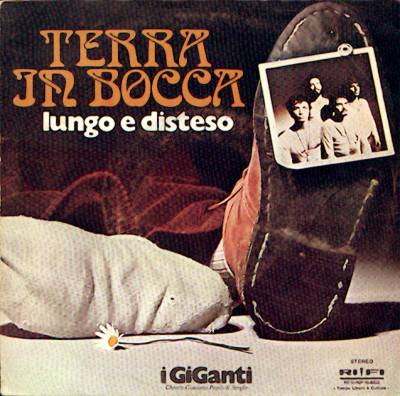 The third studio album from this Italian beat combo and a major departure from their beat music.

I Giganti goes Italian symph prog on this album. Their one and only foray into this scene. A foray which has left a lot of people impressed, if the reviews is to go by.

The band has chosen to keep the four vocals on this foray into unknown territory. The music is very much vocals driven. Behind the vocals, we find guitars, keyboards, melotrons and moog. That in addition to bass and drums. Flutes too has been added. The sound is classic Italian 1970s sound. A mix of prog and Italian pop, the sound is. The songs is not surprisingly pretty raunchy and heavy. The more silent, lyrical melody lines though is a bit of a surprise to me. They are the best on this album.

It takes a lot of time to see past overwhelming vocals which sits in the front of the mix. The pop like songs also reminds me a lot about Italy's contributions to the annual, very tacky European Melody Festival at that time. The devil is in the small details though. It is in the small details the album really shines and grows on me.
No great songs though. But this is still an album I really like and rates. Rates as a good album. Check it out.