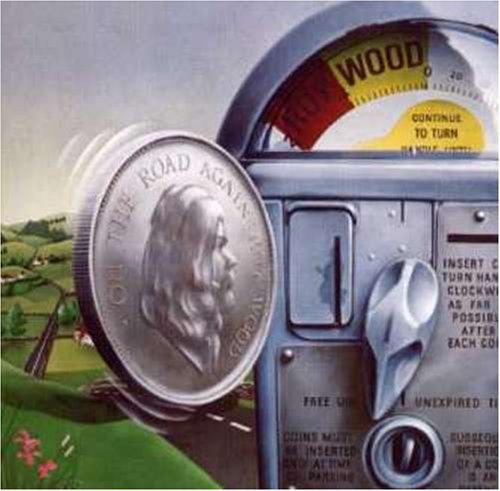 Roy Wood is mostly known for the founding member of The Move, Electric Light Orchestra and Wizzard. He also penned and performed one of the greatest Christmas songs of all time; I Wish It Was Christmas Every Day. He is also a rock'n'roll personality on his own here in the UK. A living legend.

His solo albums is not what he is remembered for, though. Which is a bit of a shame...... Sort of.

Roy Wood gets help from John Bonham from Led Zeppelin on this album which never saw the light of day in his homeland; Great Britain. It was only released in USA, BeNeLux and Germany. It is a part of that Roy Wood Original Albums though and finally available in the UK.

The album is not that good, though. It is leaning quite heavy on the music and sound of Electric Light Orchestra, The Beatles, some ditty English humour and rock'n'roll from the 1950s. Roy Wood is undeniable a very good songwriter. But not on/for his own albums.

This album sounds very dated these days. It is a decent album though and it deserves a listen or two.