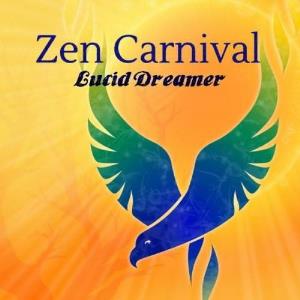 The band is a six piece band and the lineup is the usual keyboards, bass, guitars, drums and vocals setup.

The band got a good name for themselves by combining Canterbury prog, fusion and progressive rock. That combination is always a winner in most prog rock reviewers hearts and minds.

On Lucid Dreamer, the jazz and the Canterbury elements has been toned down despite of them still being here. But this to a lesser degree. The album is much more a one dimentional rock and prog rock album. There is a lot of vocals here too and the instruments does not get much breathing space either.

I feel the band has dumbed down a lot with some pretty basic, simple song structures. A lot of soul has been induced too in the melodies. Which is not a bad idea.

The songs are not that good. I like the remnants of the jazz and Canterbury influences the band once had. They are the saving grace on this album. It is not a bad album, which btw is clocking in at forty minutes. It is just that it is not that interesting. Hence my rating.