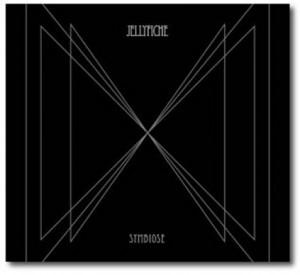 The second album from this Canadian band. A band from the French prog powerhouse Quebec, no less.

I reviewed their debut album for ProgArchives some years ago. I really liked that album.

The five piece band Jelly Fiche is following in the same paths as Harmonium and other great French speaking Canadian band from the same city. Their lineup is the standard keyboards, guitars, bass, drums and off course; French vocals. A fine lineup. In particular the vocals.

This one hour long album starts out as a Harmonium album before it goes much more into a power prog territory. Rush sometimes springs to mind. But the Harmonium references are always there. There are also some laid back jazz on this album. That and some more powerful stuff.

The result is a good album which is only lacking a great track or two. In that respect, it is a slightly disappointing album. Nevertheless; check it out.