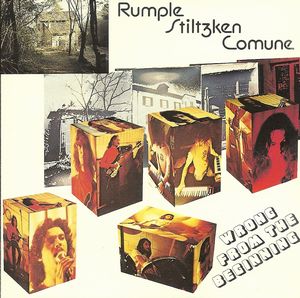 The one and only album from this Swiss band.

This five man piece band with this strange name lived on the border with Italy and it is pretty obvious they have taken a lot from the Italian progressive rock scene. The instrumentation is pretty classic Italian prog rock lineup too. Keyboards, bass, guitars, drums and vocals. English vocals, that is.

The band is heavy influenced by Italian prog rock, yes. As we know, Switzerland is a country in the middle of Europe and is influenced by their neighbours and countries further afield. Ditto for this band who has really taken the early 1970s bands and distilled them into their own sound and music. Bands like ELP, Eloy, The Nice, Genesis, Le Orme, Kansas and Gentle Giant. You find traces of all of them on this half an hour long album. The album also got a pretty good sound.

The end result is mainly a symphonic prog album with some eclectic and psychedelic rock influences. The album is pretty weird because it has so many obvious influences. Nevertheless, it is a good album too which was released some years too late as the punk movement had killed of bands like this one. Check it out.