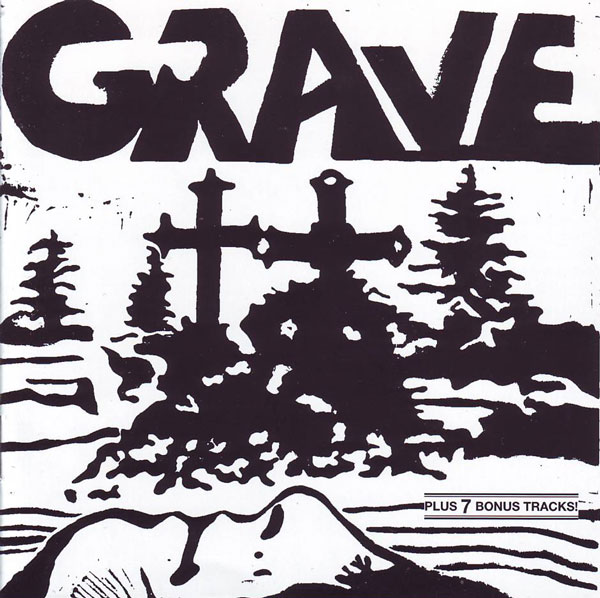 The one and only album from this German band. A band who were like a shooting star in a dark night before it died and disappeared over the horizon again.

Grave were a krautrock band..... sort of. Krautrock means a lot of things. In this case, rock'n'roll with psychedelic feel, sound and a lot of influences. That means a lot of weird rhythm structures and guitar harmonies. Besides of the guitars and drums, we also get bass, male vocals and some female vocals at the end of the album.

Some aspects of this album reminds me about Velvet Underground. Other parts has a great deal of a punk'ish feel. Punk did not appear before the year after this album was released though. I would not really say this album has a lot of technical details and finesse. The sound is not particular great either. That the band is doing some Chuck Berry riffs takes this band towards rock'n'roll too.

The vocals is not particular great on this one hour long album. An album with a lot of bonus songs from 1989 incorporated on the Garden Of Delights CD release. These songs has some female vocals without making these songs vastly different from the 1975 recordings.

The end result is a decent album which I do not find particular interesting. Enjoy if you want. I need more than this pretty simple music to get me going.