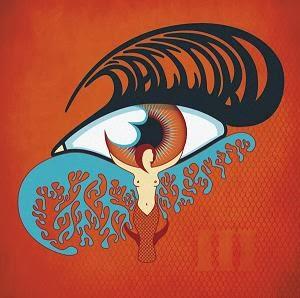 D'Accord is one of those new Norwegian prog bands who has had a breakthrough during the last two-three years. It is easy to understand why when you listen to this album.

The band can be found somewhere between Jethro Tull, Deep Purple and Genesis. The vocals are great and they are supported by flutes, keyboards, guitars, bass and drums.

I have been following this band for sometime now and I really like their style. The main difference between this album and previous albums is longer and better guitar solos. I also feel the band is not as retro as they were before. They are not so Deep Purple and Jethro Tull as before too. They have both moved more to 2014 than before and more towards US mainstream rock from the 1970s. Their music is progressive enough to be fully rooted in the prog rock movement.

The music is pretty heavy at times. Heavy as in good old style hard rock from the arena gigs in USA from the 1970s. The addition of mandolin, violin and saxophone is also a development on previous albums. It is obvious that the band does not really stand still. They are on a journey. It is a good journey, though.

The end result is a very good album and a confirmation that this band is a very good band and one to check out for those into old style progressive rock. The flame is still alive.