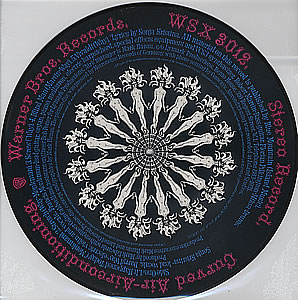 The debut album from this English band. A band who just released a new studio album and who is still gigging around the British isles, Europe and the world.

Curved Air is off course fronted by the forever young Sonja Kristina on vocals. She got help from violins, keyboards, electric guitars, mellotrons, drums, bass and harpiscord on this album. An album which to a large extent is full instrumental bits and pieces too.

Curved Air has always been compared to Renaissance for some reasons. This album is nowhere near where mark # 2 of that band ever operated. Airconditioning is a much more blues and rocking affair. The year was 1970s and some of the album is still located in the middle of the English blues scene. Other parts is more like The Beatles again while other parts is stretching out towards Led Zeppelin. Then we get some stuff where Sonja is showcasing her superb vocals. On these parts, the band comes across as a bit Jefferson Airplane'ish.

This album is a bit of a mishmash and I am not sure if the band knew what they were doing and where they were going on this album. There is no real great or very good stuff here. A couple of good songs elevates this into a decent to good album. It is by all purposes a debut album where ideas is tried and then binned. There is a lot to be binned from this album. Hence my verdict.