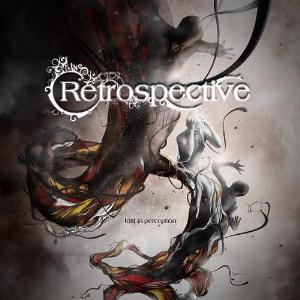 The band name sounds like the band is harking back to the 1970s and the past. Well, the band-name is misleading. A good band-name with a great logo, btw. The art-works on their two albums is really classy and the reason why I bought this album. But retro, they are not.

Take a large slice out of Pearl Jam and a large slice of Riverside. Then you get this album. An album which many has classified as prog metal. I actually disagree with that view. I think this is much more crossover prog as it does not have many metallic edges. Even the guitars are pretty understated here. There is a lot of guitar harmonies and strange, weird guitar structures. Some of them even gives me associations to Indian and Middle-East folk music. Which is a good thing !

The dominant factor on this album is Jacub Roszak's vocals. Vocals I would compare to Eddie Vedder from Pearl Jam. The bass, drums and keyboards is also very good. But the vocals is largely carrying the album and his vocals is very good.

There are no really great songs here. Nevertheless; this is not a run of the mill Polish prog metal/crossover prog album. It is one of the better albums from this genre and overall a very good album which deserves a much larger audience in an overcrowded scene.