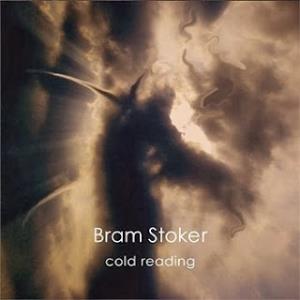 Tony Brondson and Tony Lowe returns again with the second Bram Stoker album, 42 years after the semi-classic debut album. Or semi-obscure if you want.

The first album Heavy Rock Spectacular caused some ripples in the scene with their live shows on Marquee Club and other places before the band disbanded in 1972. Tony Lowe continued in the music business while I have nothing on Tony Brondson between 1972 and this year.

On their second coming, Cold Reading, they got vocals help from Will Hack. His vocals is pretty similar to Phil Collins. Tony Lowe does the producing, bass, drums programming and guitars while Tony Brondson does the keyboards.

The album opens and closes with ELP'ish adaptations of classical music pieces. Things they did on their 1972 albums. Which is fair enough and good music. The pieces in the middle..... I think the finest word I can use on it is AOR. It reminds me about the latter days Genesis from the self titled album. That does not go down well in my lair. Slick and commercial without any really good songs.

The end result is a decent to good album where the beginning and the end is the good pieces here. I cannot really recommend this album, I am afraid.