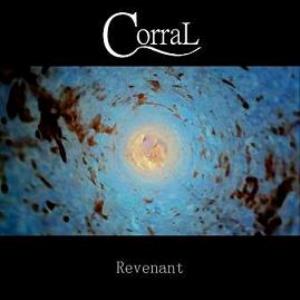 Poland has given us a lot of neo prog and prog metal bands during the last ten years. The river of new music has been overflowing during those years. Corral is a bit of a different band though as they focus their music around some great female vocals.

Agnieszka Kot is the name of the vocalist. Her vocals is supported by guitars, keyboards, drums and bass. The music is mainly melodic neo prog with some strong djent and prog metal influences. But the music is mainly melodic neo prog. Some would also call this melodic rock. I think their music has a progressive rock edge although the music has a strong mainstream rock edge.

The music is floating very nicely, thank you. There is not much of great or even very good music here. The music feels a bit too generic for my liking. It is like any form of originality has been removed from the mix of this album.

The end result is a good album which feels great during the first listening session, but then fades away as there is not many details and interesting things here. Those who likes this sort of music should get this album.